October is Black History Month in the UK, an event that has been celebrated nationwide for more than 30 years. I'm ashamed to say that I didn't know about it until I was at university when I was 19.

In August, the Psychologist (which is the British Psychological Societies member magazine) published a misguided open letter by Dr Kirsty Miller. Her article created a twitterstorm (and comments on their website showed equal amounts of shock and dismay). I managed to engage with Dr Miller somewhat about the article and her views. The Psychologist proactively responded to many of the comments, the editor took responsibility, listened and then removed the article in question. They have actively continued to engage with their readership and the general public on the topic. 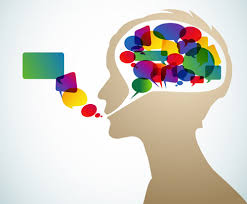 https://anchor.fm/buddingtherapy/episodes/Encanto-Using-Cinema-and-Media-in-a-Therapeutic-Way-e1db916/a-a78opni
This week is #CervicalCancerAwarenessWeek
#Encanto: Using Cinema and Media in a Therapeutic Way